HISTORY OF THE VILLA CAVROIS

Designed between 1929 and 1932, the Villa Cavrois is the most emblematic achievement of architect Mallet-Stevens. For this reason it became classified as a monument historique in 1990 and was bought by the state in 2001.

In the early twentieth century, the Nord was one of the most industrialised regions in France. Roubaix and Tourcoing were then a major centre of textile production, so much so that Roubaix became known as the "city of a thousand chimneys". The Cavrois-Mahieu company, founded in 1865, manufactured upmarket fabrics for Parisian Houses. In 1923 the company, which had five factories, employed nearly 700 employees.

When Paul Cavrois, the owner of this company, decided to build a house for his family, he bought land at a place called Beaumont, a few kilometres from Roubaix. Since 1870, the industrial bourgeoisie has distanced its residences from the factories to benefit from a healthier environment and a better quality of life. The municipality of Croix, on the outskirts of Roubaix, saw imposing bourgeois residences flourish, true little castles, which were characterised by their neo-regionalist style. In this landscape, the silhouette of the modern villa designed by Robert Mallet-Stevens contrasts sharply.

In 1922-1923 Paul Cavrois acquired land in Croix, on the outskirts of Roubaix. He planned to build a villa to accommodate his family, which included seven children. Initially, Paul Cavrois called upon the services of Jacques Gréber (1882-1962), a popular architect of the local elite, who proposed a residence in "neo-regionalist" style, which was in vogue at the time. This first project, that we know by seven drawings, was not undertaken. In 1929, Paul Cavrois entrusted the construction of his villa to a much more innovative architect, Robert Mallet-Stevens.

The two men probably met in Paris at the Exhibition of decorative arts of 1925, where the pavilion of textile manufacturers of Roubaix and Tourcoing was adjacent to Mallet-Stevens' achievements: the tourist pavilion and a square whose cubist trees, designed by the architect and the Martel brothers, created a scandal. 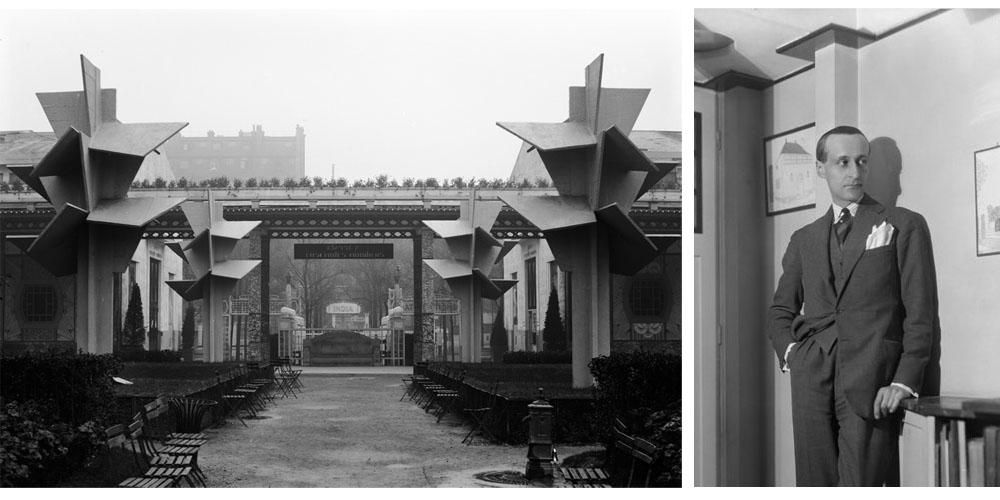 Nothing predestined Paul Cavrois and his wife Lucie to commission such a villa: the couple were neither collectors nor connected to avant-garde circles. They were probably attracted by the prospect of the comfortable and modern healthy living environment that Mallet-Stevens promised them. Perhaps they also wanted to surprise and amaze those around them with an out-of-the-ordinary mansion.

Either way, Paul and Lucie Cavrois, convinced by a visit to the rue Mallet-Stevens that the architect had just finished in Paris, gave him complete freedom to design their family home, provided he kept strictly within the budget. Mallet-Stevens developed his project in 1929 and the villa was opened three years later, on the marriage of a daughter of the family, Geneviève.

Mallet-Stevens' archives having disappeared, makes it difficult to trace the design of the villa, the result of which is the most advanced example of his architectural thought.
Mallet-Stevens designed the villa Cavrois like a true modern château.

> Château,the residence is a castle by its imposing proportions (a 60 metre long façade, 2,800 m² of flooring) and its distribution in two symmetrical wings, heir to the tradition of aristocratic residences of the seventeenth century.

> Modern, the villa is modern by the starkness of the volumes, lack of ornament in the décor, the proliferation of rooftop terraces, advanced equipment (central heating, telephone, electric timer, lift, etc.) and the use of industrial materials and techniques (glass, metal, steel). 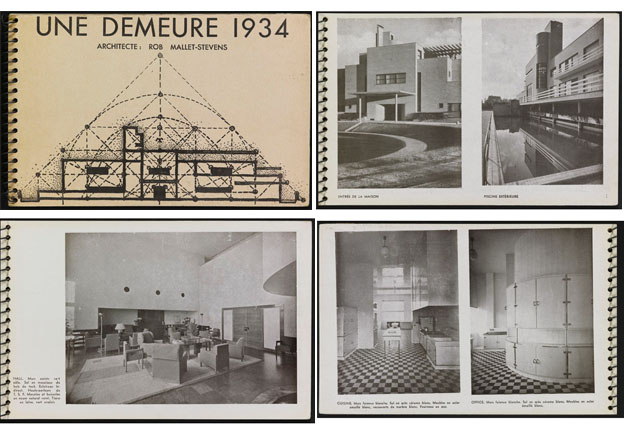 When designing the villa, Mallet-Stevens did not limit himself to the layout of the architectural volumes: he also designed all the interior furnishings down to the smallest piece of furniture. In this, he pushed the concept of "complete work" to the  limits that he defended in the Union des Artistes modernes. This complete work also owes much to his set designer experience for the cinema.

The interiors of the Villa Cavrois have similarities with those he designed a few years earlier for the films of Marcel L'Herbier. According to the architect, a home décor and living environment, must reflect the psychology of those who inhabit it, in this case a bourgeois family.

In the formal areas, Mallet-Stevens opted for luxurious materials, implemented with care, refinement and simplicity: marble and precious woods bear witness to the prosperity of the Roubaix industrialist, but without ostentation. In the service areas, such as the kitchen, Mallet-Stevens favoured hygiene and functionality, the architecture fading behind household equipment (built-in cupboards, dumbwaiter which served the terraces, etc.). These areas also benefited from large bay windows, which at the time was new.

During World War II, the villa was occupied by the German army and turned into barracks. After the Liberation, the Cavrois had the interior layout of the villa changed by architect Pierre Barbe, who developed two apartments for the sons of the family.

After the death of Madame Cavrois in 1985 the property was sold to a developer who wanted to subdivide the park. Abandoned, the villa fell prey to vandalism and quickly deteriorated, despite its classification as a monument historique in 1990. 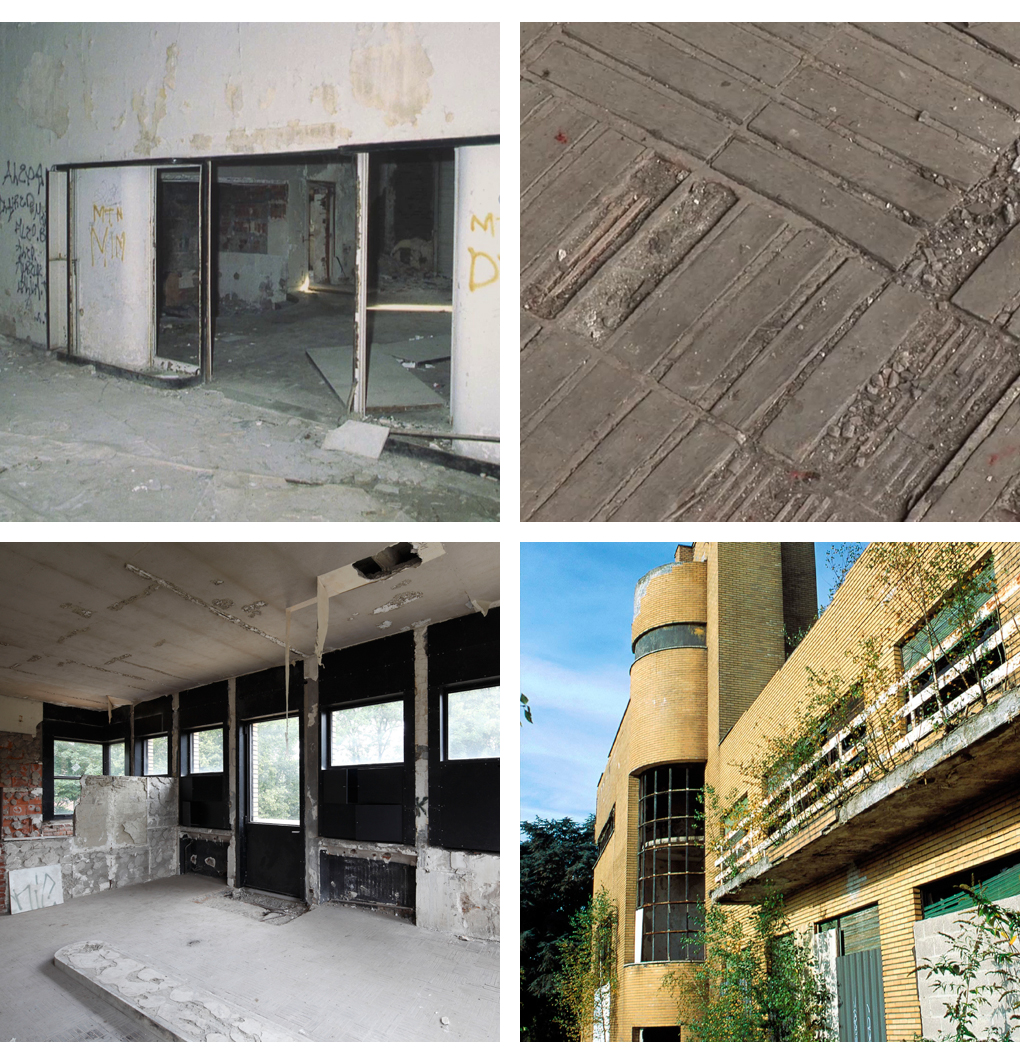 Thanks to the mobilisation of a conservation association, the state acquired a large part of the property in 2001. After thirteen years of research and work, it has been restored to its original state of July 1932.

REBIRTH OF A MONUMENT

Following the death of Madame Cavrois in 1986, the furniture designed by Mallet-Stevens was dispersed and thevilla was put up for sale. Acquired by a property developer, the mansion was set to be demolished and the park was subdivided. Its  classification as a monument historique in 1990 was not enough to save the villa: the owner voluntarily left it to deteriorate under the combined action of squatters and looters.

In 2001 the state bought the villa and the central part of the park. Major work was immediately undertaken by the DRAC du Nord-Pas-de-Calais - Regional Directorate of Cultural Affairs –  to restore rain/wind proofing and locks.  The CMN continued with the restoration of the park between January 2012 and April 2013, and the interiors of the villa, from July 2012 to May 2015. All this work, carried out under the project management of Michel Goutal - chief architect of historical monuments, is valued at € 23 million.

Thirteen years were needed to restore the villa and park to their original state of 1932. This exceptional project required specialised historical and archaeological research, and mobilised the expertise of highly skilled craftsmen to reproduce the designs of Mallet-Stevens as faithfully as possible.